The Department of Muslim Religious and Cultural Affairs, in coordination with the Ministry of Budhdhasana, Religious and Cultural Affairs, organized a Religious Observance program on the occasion of the 74th Independence Day celebration on Friday, 4th February 2022 at the Colombo Grand Mosque. This event was graced by Hon. Ali Sabry, PC., MP., Minister of Justice, who was the Chief Guest and Hon. A.J. M. Muzammil, Governor of Uva Province, who was the Special Guest of Honour and Hon. Marjan Faleel MP was a Guest of Honour.

The program started with the hoisting of the national flag by Hon. Ali Sabry Minister of Justice, followed by the national anthem. Two minutes of silence was observed in memory of the members of the Armed Forces and the Police, who sacrificed their lives to safeguard and protect the sovereign Tory and integrity of Sri Lanka.

Hon. Ali Sabry made the Keynote speech as the chief guest. He reiterated the contribution of Muslim leaders for the independence and social, economic, and political development of the country and the necessity of peace , harmony, and coexistence among all communities for the prosperous future of our country.

The note of thanks was conveyed by Mr. Thowfeek Subeir, President of the Board of Trustees of the Colombo Grand Mosque. The program ended with Salawath, followed by a refreshment of Sri Lankan traditional food. 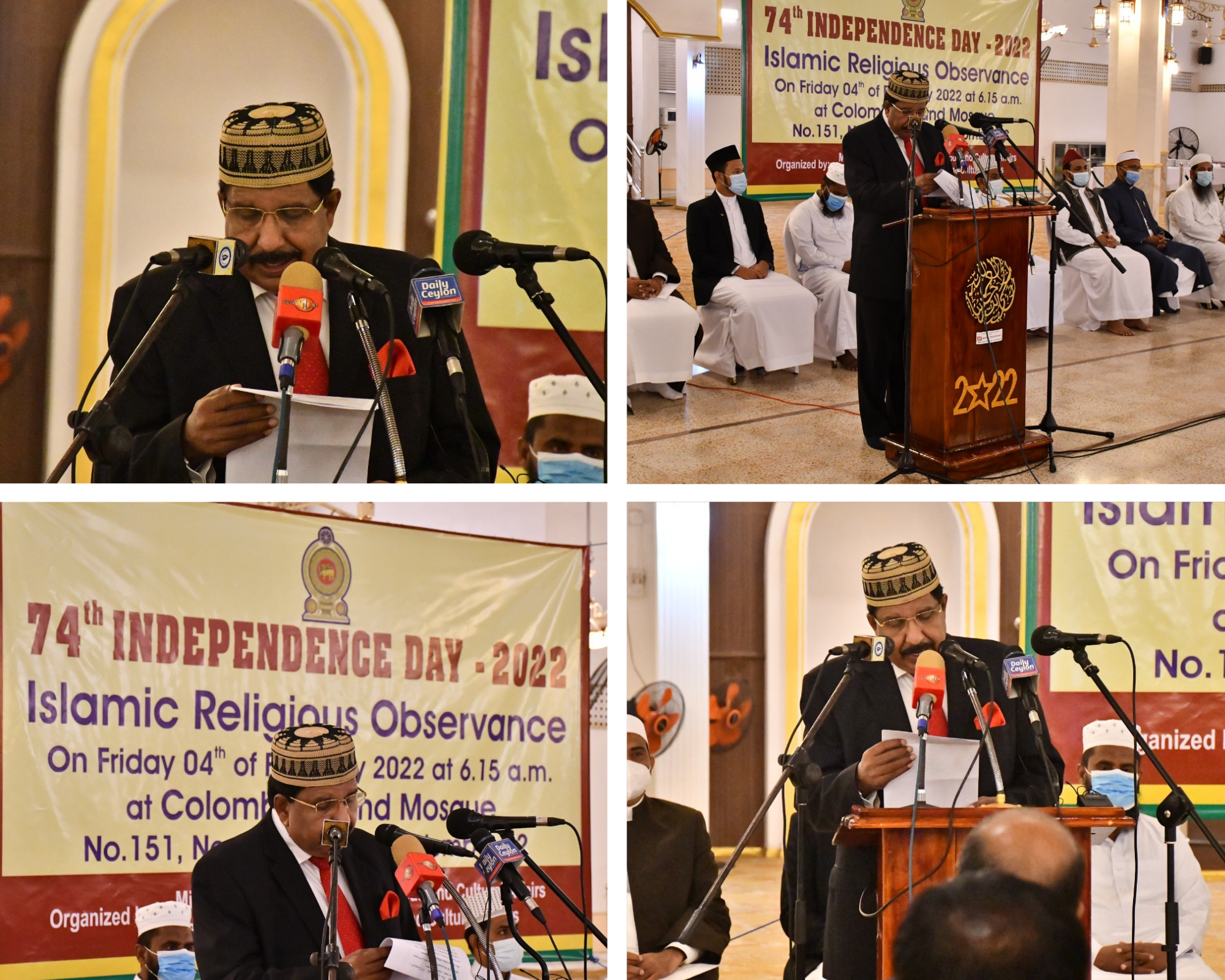 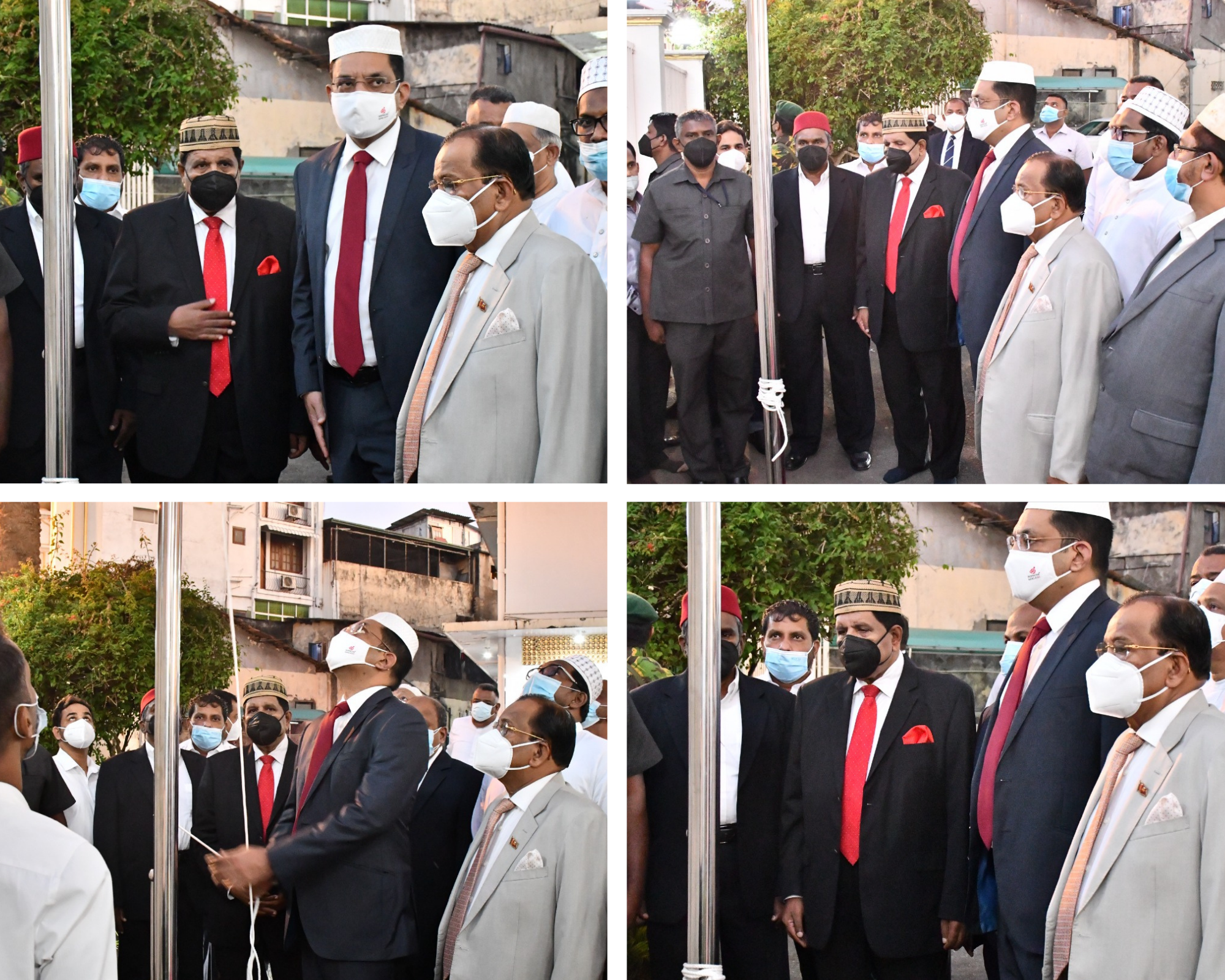 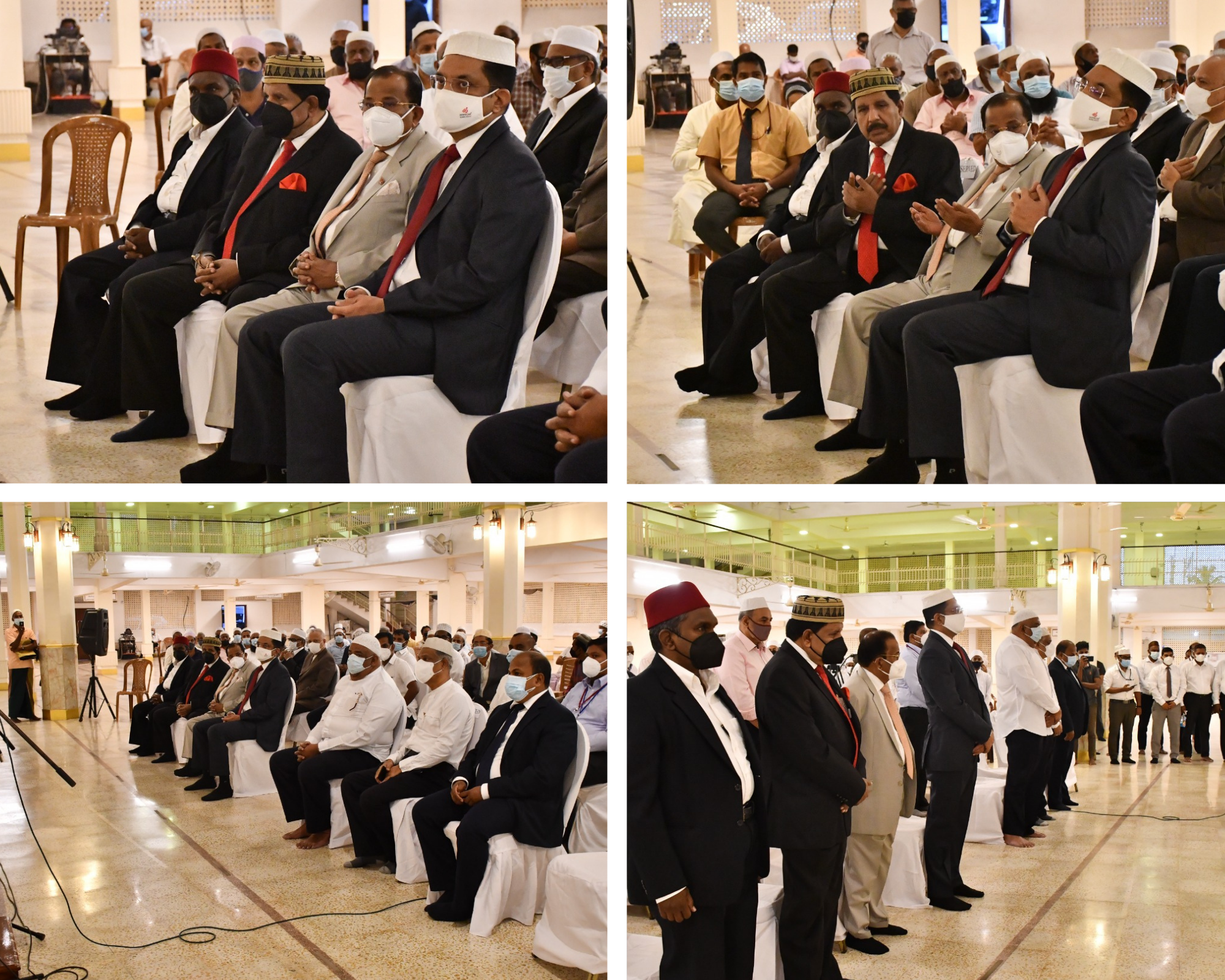 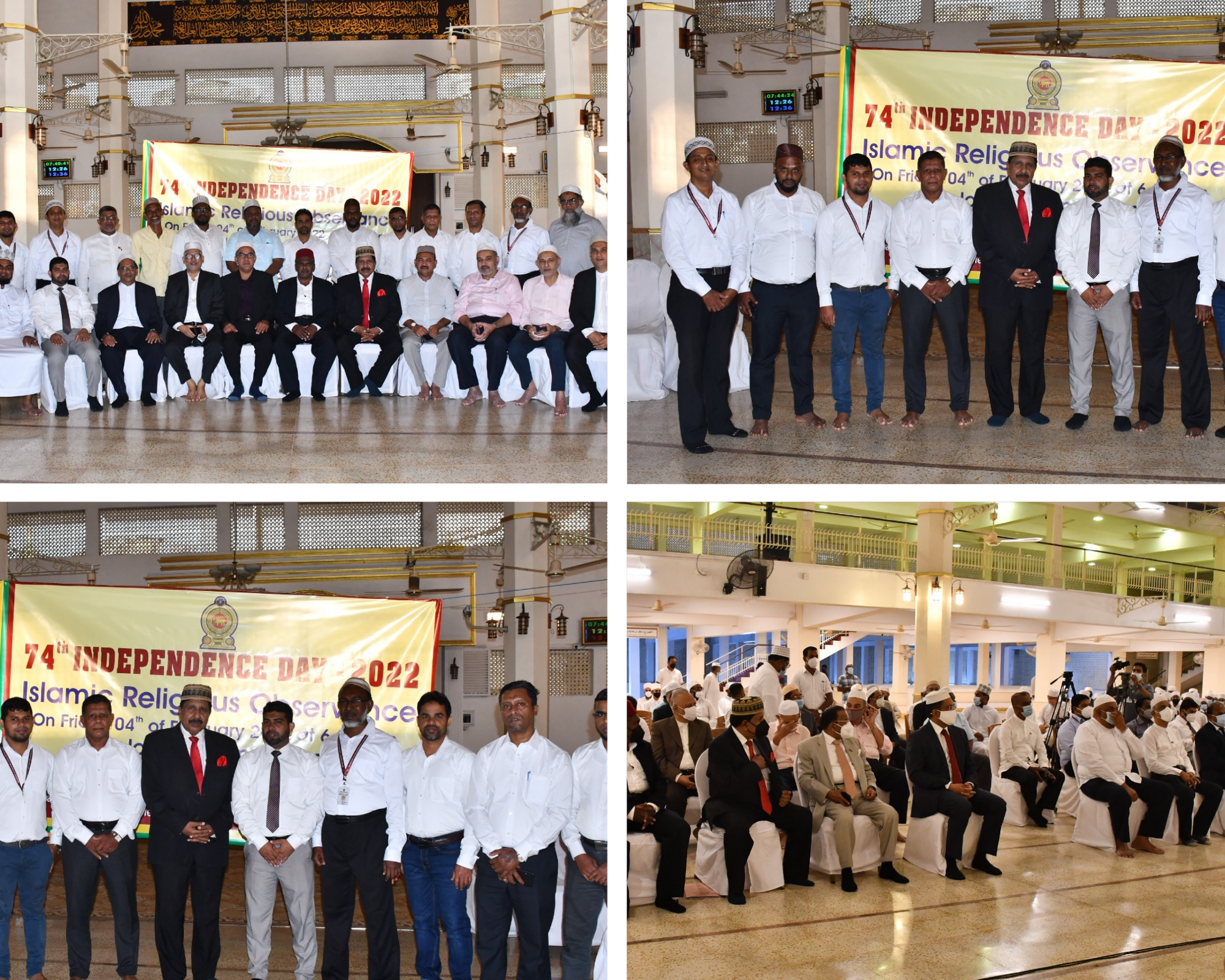 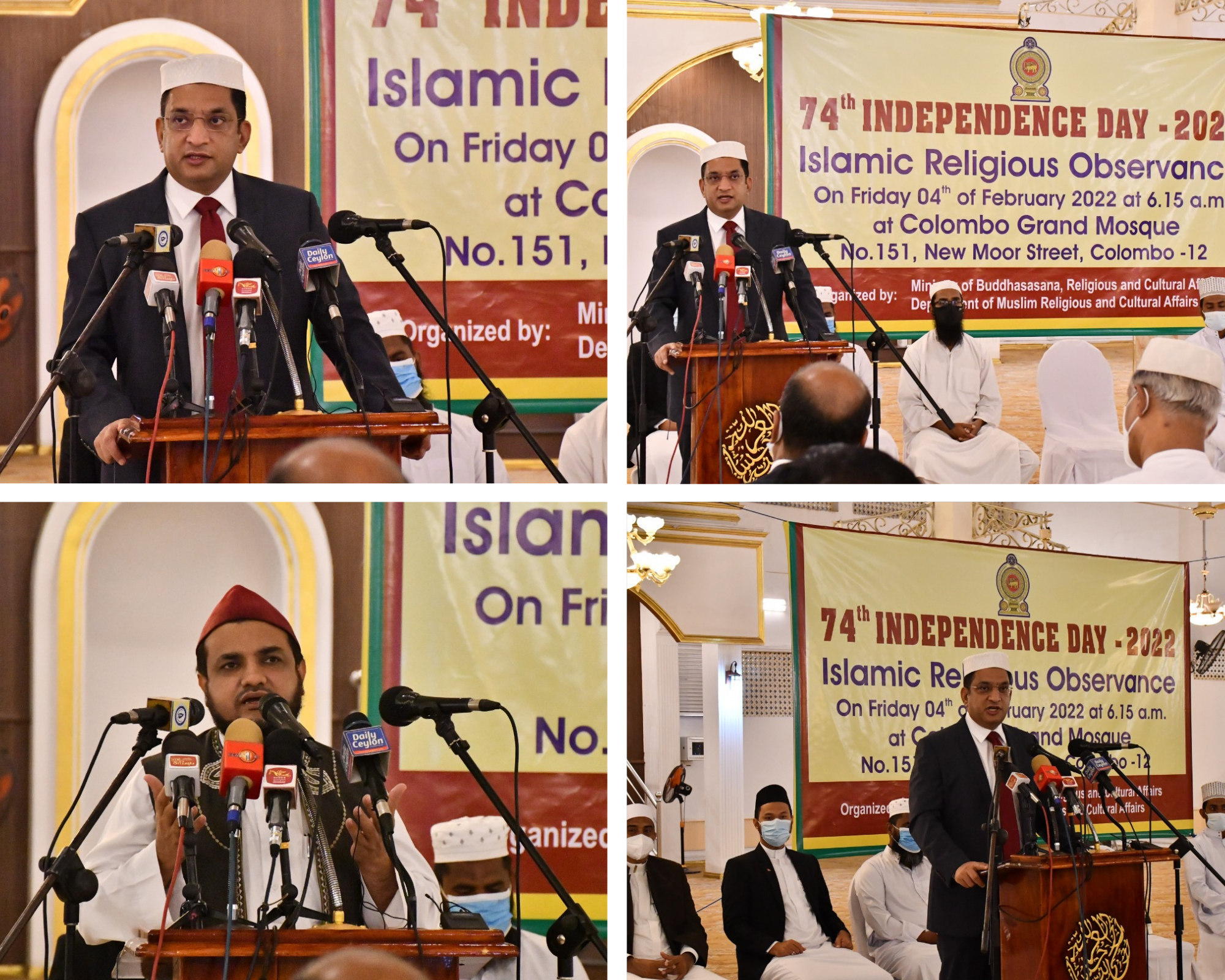